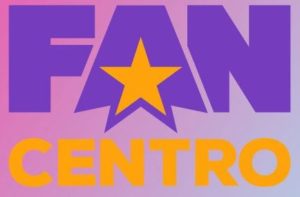 So what do you get on these private accounts? Well that entirely depends on the star but in general, you’re going to get daily updates including sexy pics, videos and a glimpse into their private life. This is content you won’t see anywhere else. As you know snaps disappear and most will boot you if you’re caught screenshotting or saving the content.

Beyond that, you get the ability with some stars to message them and even send content back. Not everyone is going to be down with that, make sure you check their rules first, but some of the biggest stars on there welcome it. This is a chance you really aren’t going to come across anywhere else.

Who are These Star You Keep Mentioning?

From Riley Reid’s page herself: “Now you can message me personally from sending me hot videos or just chatting it up in the messenger we can connect in a way we never could before.” As a fan what other opportunity are you going to have to actually connect with her personally? This is gold for the true fan.

How Much Does FanCentro Cost?

The stars are able to set their own prices so it really just depends. In general, the bigger stars are going to charge more, as you’d expect. Many of the top stars I’ve mentioned have a free 24-hour trial that you can check out before you commit to anything. Beyond that, I’ve seen prices as low as a one-time payment of $20 but many charge on a per month basis. Prices from $5 a month to $30+.

There are usually a lot of options: 1 month, 3 months, 6 months, and a year are common and you get discounts the longer the term. Many others have one time deals where it’s pretty expensive, hundreds of dollars, but you’re good to go for as long as they do it.

FanCentro often runs discounts of anywhere from 5% off to 90% off. They change frequently and thankfully you can sort by discounted pages.

Is FanCentro Worth the Money?

In our opinion it absolutely is. The service isn’t for everyone, if you don’t have a particular attachment to a star then it wouldn’t make a lot of sense. But as the name implies, FanCentro is for fans. This is probably the closest you’re going to get to actually being with your favorite girl. Being able to see into their private life and even sending things back breaks down the fourth wall to an extent. If there’s anyone you just can’t get enough of head over to FanCentro and see if they have a page set up.