Sometimes it’s like a fun game to see what you can find, stuff you know isn’t supposed to be there. Maybe you’re hoping to find someone you know? Whatever your reason, we don’t really care, this just seemed like a fun thing to write about.

*Update – As of December of 2018 Tumblr did a mass purging of adult content. As expected they took a huge traffic hit for it. You can probably still find racy things on there and some adult stuff that has slipped detection but it is no longer what it was.*

We hate Tumblr, not from a user’s perspective but from a trying to have a Tumblr page point of view. Our account got terminated for something unspecified. They said to contact support, yeah that’s not going to happen. We set the blog to NSFW and didn’t really do anything against TOS that we can tell. We couldn’t post videos but everyone else seemed to do it. You’ve got these large accounts that get 100k notes on a post and they are posting pure filth.

Eh, whatever, no real loss but still fuck them anyway. 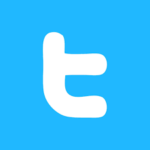 Instagram is pretty decent, just not for nudity. There are plenty of hot women on there posting sexy pictures in various states of undress.

As we’ve said before sometimes having something left to the imagination is super hot. Yes, you can find some nudity and potentially sex but chances are it’s going to get flagged and that account is probably going to be terminated.

The second problem is that making spare Facebook accounts is sort of a pain in the ass. Oh, you can go ahead and use your main account for sure. But the first time you like or share that chicks in thongs page with your mom and Aunt Betty you’re going to see why it’s just a matter of time until you lose.